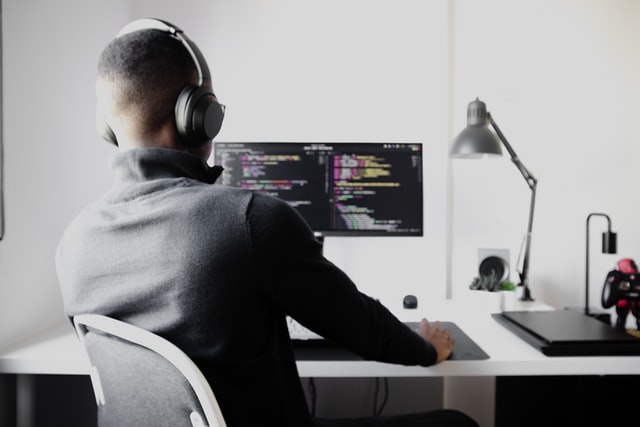 In this article, we will present 12 Common CSS Mistakes and how to solve the problems in the simplest and most up-to-date way

The CSS design language can be frustrating – every small change has unexpected effects and the use of different devices and browsers must be taken into account. So how do you do it right? All the answers are in the following guide

CSS is considered a difficult design language because when defining properties on an element, it can have unexpected effects. In addition, CSS can be frustrating because it forces you to deal with the web thoroughly – you need to consider using different devices, different browsers, considering users who need accessibility, etc.

Despite the difficulty, it is important to know the CSS in depth so as not to fall into the traps that could cause, for example, the layout to break completely. Here are 12 Common CSS Mistakes – and how to avoid them by using standard CSS work.

What should be done if we then want to change the color of all the elements? We will have to look for all the places where the color is set and update them. Instead, we can set a CSS variable that will save the color and then
we can use it:

Great use for CSS variables is theming.

You can also configure CSS variables in javascript:

Anyone using an SCSS preprocessor can also configure SCSS variables, but they cannot be accessed in javascript because they disappear during compilation to CSS.

An element with an absolute position is placed in an independent layer and exits the natural flow of the page. Therefore it is better to use flexbox:

First, the maximum value of the z-index is 2147483647, so there is no point in putting a higher value. Second,
z-index only effects elements that are in the same Stacking Context, that is, in the same set of elements. An element in one group cannot be above an element in another group that is higher in the axis z, even if it has a higher z-index.

There are various scenarios that make an element the root of a new group. The order of the elements within a group is determined according to the following order, from the back to the front:

There are several possible solutions for z-index management.

Using !important should be a last resort, for example when you want to override the CSS of an external directory. Overuse of important makes it difficult to make future changes, tweak and maintain our styles, as it breaks the natural cascade process of CSS – the algorithm that decides which of the two conflicting CSS settings will be more powerful.

Instead of being important, it is better to increase the specificity of the selector in question, for example:

It is also recommended to use classes over inline style, because inline style causes contiguity between the structure and the design, and in addition, the only way to override it is through important.

For a good understanding of Specificity see Specifishity and try the Specificity Calculator.

5. Definition of font without fallback

In a perfect world, the same fonts would be installed in every operating system, but in practice, this is not the case. Therefore it is always advisable to put a reserve font in case the font we wanted does not exist:

Interesting fact: Currently Helvetica is supported on Mac by 100% and Windows by 7.34%.

Each step also activates the following steps. In order to maintain good performance, it is advisable to choose features that will run as few steps as possible.

Each feature triggers different steps, depending on the browser type. In the example before us left runs all three stages. In contrast, transform only runs the last step – Composite, so you should set up the animation with transform.

The opacity and transform properties activate only the last step and can be used to perform most of the animations.

Note: When you put a transform on an element it becomes a containing block, that is, if there is a child element with a fixed position, the child will be placed relative to it instead of relative to the viewport.

Many use physical properties such as margin-top and padding-left, for example:

If we want to add support in right-to-left languages as well as in Arabic, so that in Hebrew the margin will be to the left of the element instead of to our right, we would write it like this:

logical properties come to our aid to save us the dual definition:

In this short way, the margin will work as expected in Arabic as well.

For example, we will define a space of 20px for each paragraph from top to bottom:

To overcome this, you can use a gap instead of a margin if the parent is flex/grid, or alternatively by creating a Block formatting context – for example by setting display: flex on the parent.

9. Improper use of display

It happens that they try to fix the UI by changing the display without understanding its meaning. It is recommended to know the box model and the differences between the types of display:

Instead of defining for each breakpoint the width of the element, we can use responsive units of measure such as vw / vh / fr /% and responsive methods like min/max/clamp. For example, in the previous example we can just write like this:

Suppose we have a button with text inside it, defined as:

In case our text is translated into another language, the text may slide out of the button. Of course, we would like to adjust the size of the button to its content, so it is recommended to put min-width or padding instead of width.

To solve the problem you can set a new property called aspect ratio:

The browser knows how to calculate the height of the image by calculating the width and the ratio of height to width, so you can avoid the layout jump while loading the image.

Today this property is currently only supported on chrome and edge. For unsupported browsers, you can add the width and height attributes to the img tag, which helps the browser calculate aspect ratio and does not compromise the responsiveness of the image because CSS is more powerful than the attributes.

By the way, you can use feature query – @supports to set rules only for browsers that support the desired feature.

The Differences Between Elementor vs Gutenberg: Which Web Builder is Better?

What is a domain name – complete guide to buying a domain

What is Gzip compression on websites